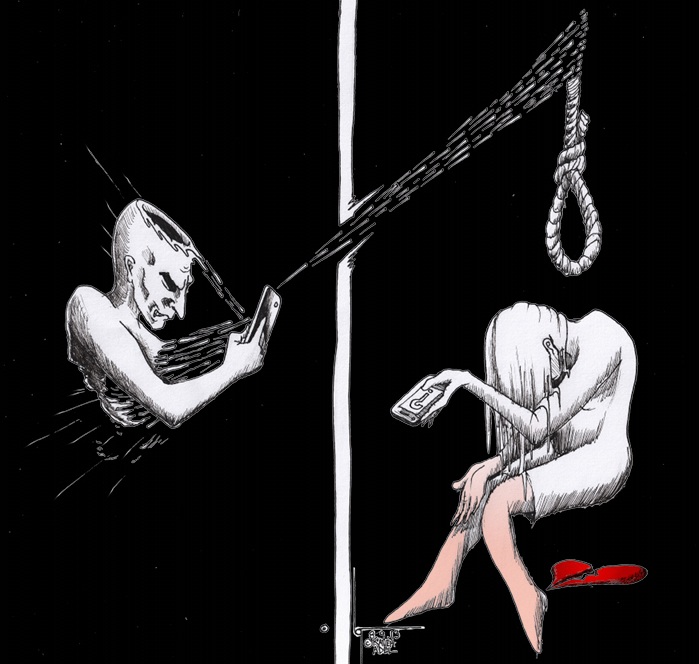 Bullying, Cyber-bullying and Trolling has to stop….. In light of a young 14 old girl, Hannah Smith, committing suicide, hanging herself,  in the UK earlier this week I had to draw this.

She was one of hundreds and thousands who are victims of bullying….