Political Cartoon: “I AM AMER I CAN” By Kaveh Adel Iranian American Cartoonist 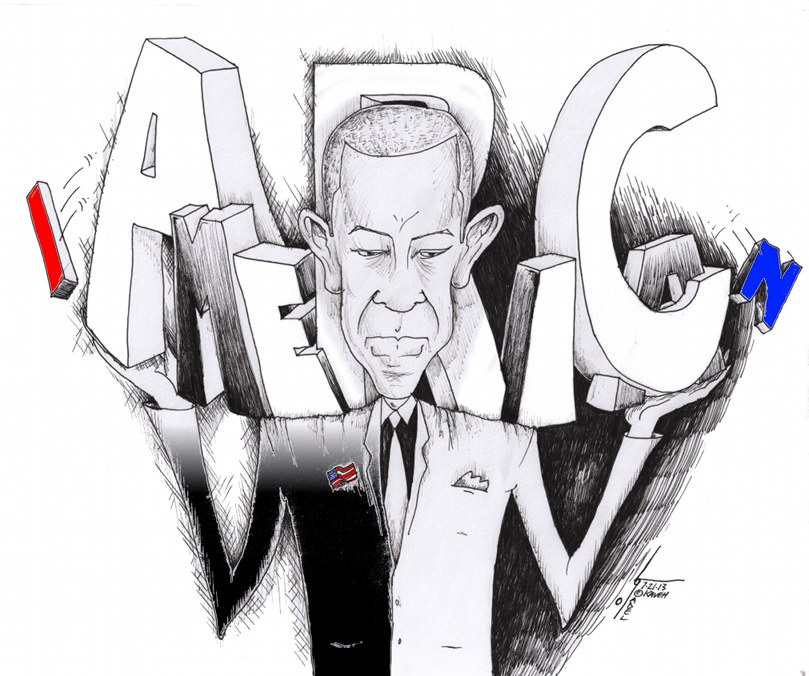 Political Cartoon: “I AM AMER I CAN” By Kaveh Adel Iranian American Cartoonist

Is tolerance and coexistence black and white?America is evolving and it has its growing pains.

It is still an infant whose grownups have not dealt with their growing pains.

Race is in the heart of this growing pain.

A law is a law but every law is pertinent to the time at which it was installed. The beauty of AMERICA is in its ability to adapt and change.

Then and truly then can a President stand before the people and speak about his pain and the pain of the infant he calls his country.

Only then people CAN stand up and say I AM  (an) AMERICAN.

Only then people WILL admit that they are HUMAN.

To love, peace, Black, White and all the shades in between.

See the Cartoon titled: “I AM AMER I CAN” by Iranian American Cartoonist Kaveh Adel in response to Presidnet Obama’s Speech about America, Race and Trayvon Martin shooting case