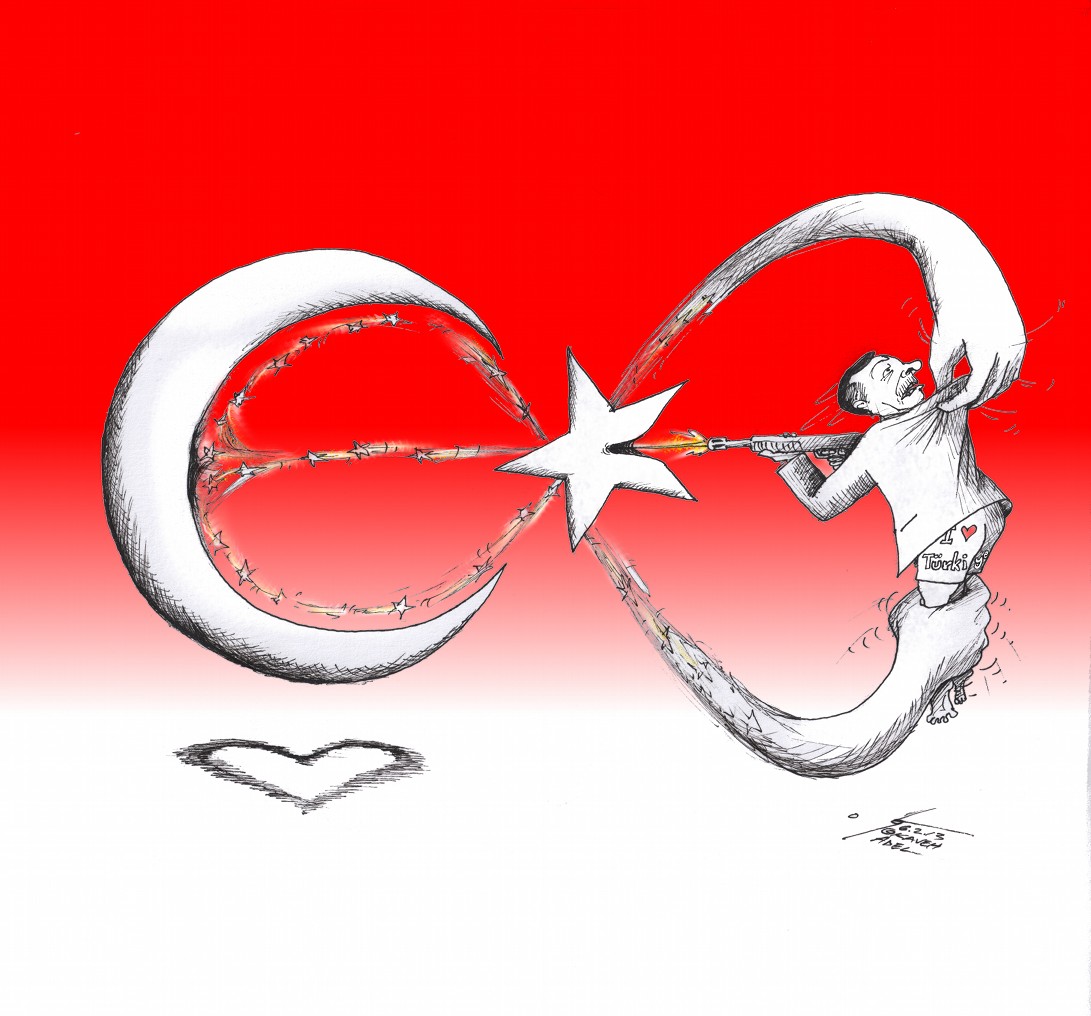 The Uprising in Turkey.

In its 3rd day. Began in Istanbu, over Gezi Park and in Taksim Square.

People demonstrated against destruction of this park but they were met with brutal force, tear gas and water guns and beatings.

Now, it has spread to virtually every major city including Ankara and Izmir.

Prime Minister, Tayyip Erdogan, is looking more like an out of control dictator showing his true colors specially in his speech.

Turkey’s Demos- Kratos (Democracy) is shown through love of their environment, each other and even those who oppress them.

My heart and drawing pen is with them.