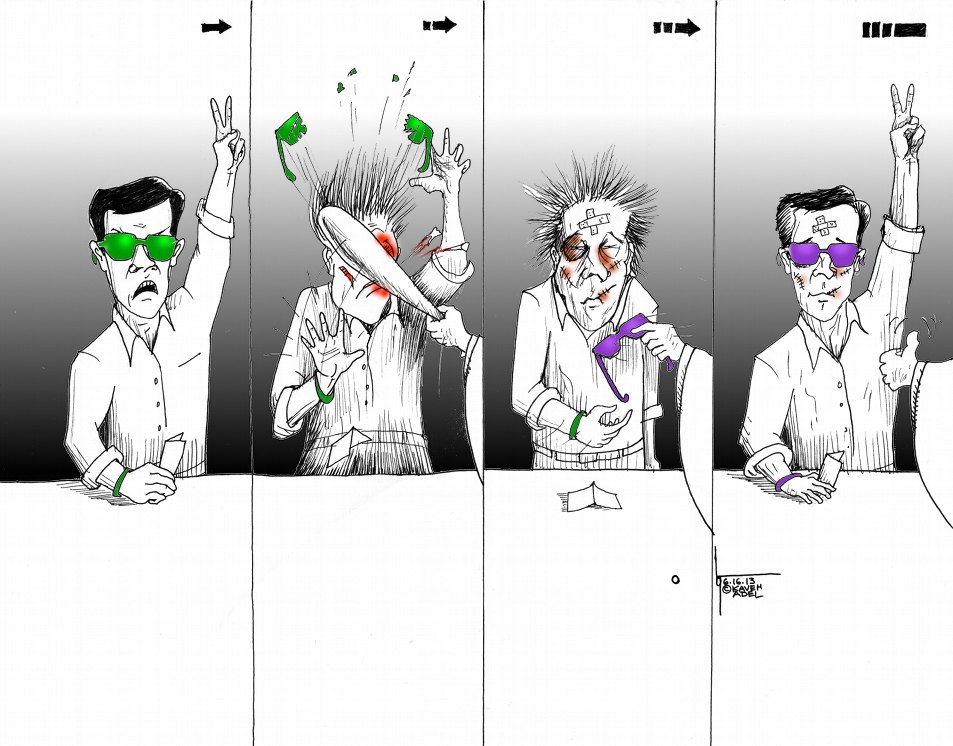 I watched the Iranian Presidential elections with Rohani, the more moderate of the selected candidates, winning by a large margin.

Many promises have been made,  improving the economy, “hope” and addressing the political prisoners’ situations, Foreign policy especially as it pertains to the nuclear issues and economic embargoes and the list goes on.

Progress in societies is a matter of perspective.

Most view their rights through a shade, a lens, which is personal.

When their rights are violated, a shade is shattered.

Which shade is real and which imposed?

Before a realization occurs a new shade is placed.