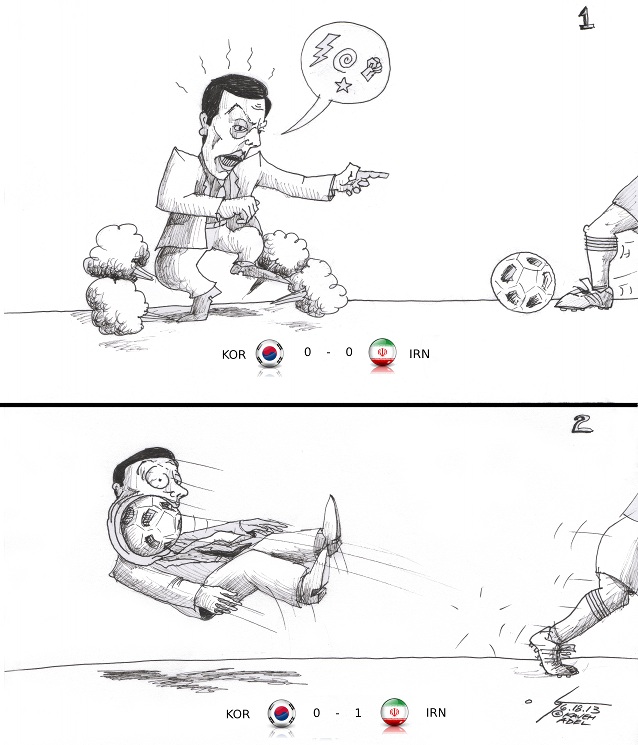 With this win Iran qualifies for the World Cup in Brazil in 2014.

The rivalry between these two teams is legendary but it had reached a new low as the war of words, gestures and insults were exchanged between coaches.  It was instigated by the Head Coach of South Korea, Choi Kang-hee, who had said   “Honestly, I dislike Iran more [than Uzbekistan]. I hope Uzbekistan make it to the World Cup.” as well as a promise to “make life painful” for Iran and to force their captain to cry “tears of blood.”

This is certainly not the South Korean style of football just a poor style by him.  I would have preferred him dancing the Gangnam Style to loosen up a bit!

In response, Iran’s victory under direction of head coach, Carlos Queiroz, has been a well deserved response to Choi who has eaten his own words.

On a truly positive note, people of Iran are jubilant and celebrating in the streets for a second time in less than a week ever since the presidential election results last Saturday.