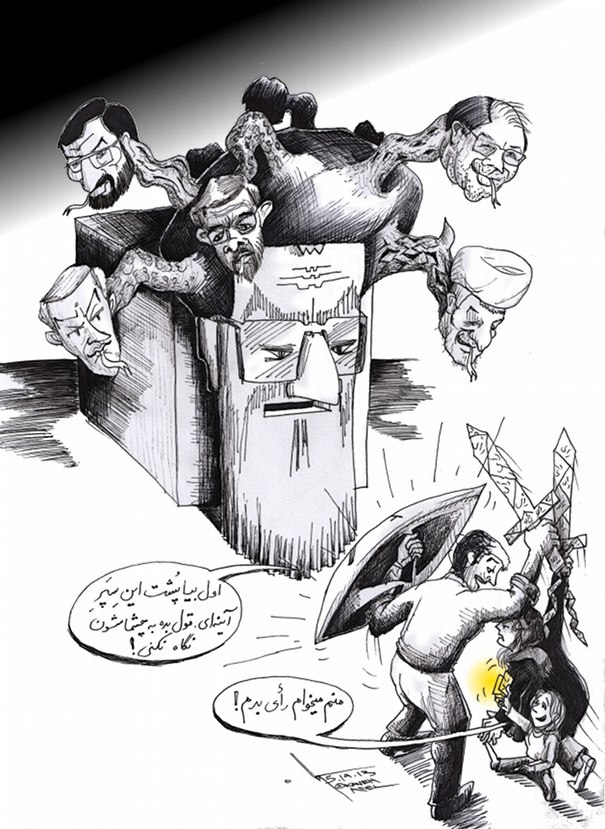 Presidential Elections in Iran are near….. June 14th.

The ballot Boxes are primed.

Truth is in the eyes not words.

Do not dare look into Medusa’s eyes.

The little child says, “I want to vote too!”

The Man/Father/Brother says, ” First, come here behind the Mirrored shield. Promise me you won’t look into their eyes!”