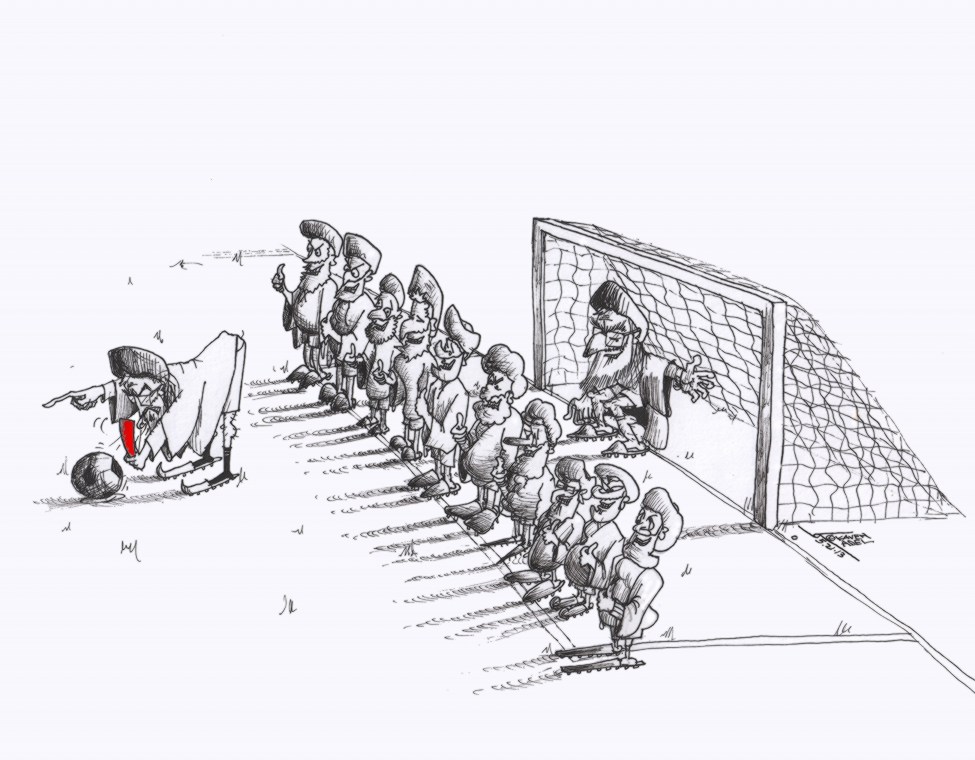 Except the ball gets red carded as the object of the game is to not really have a game.

The referee disqualifies not just the opposing team but the object of the game itself.