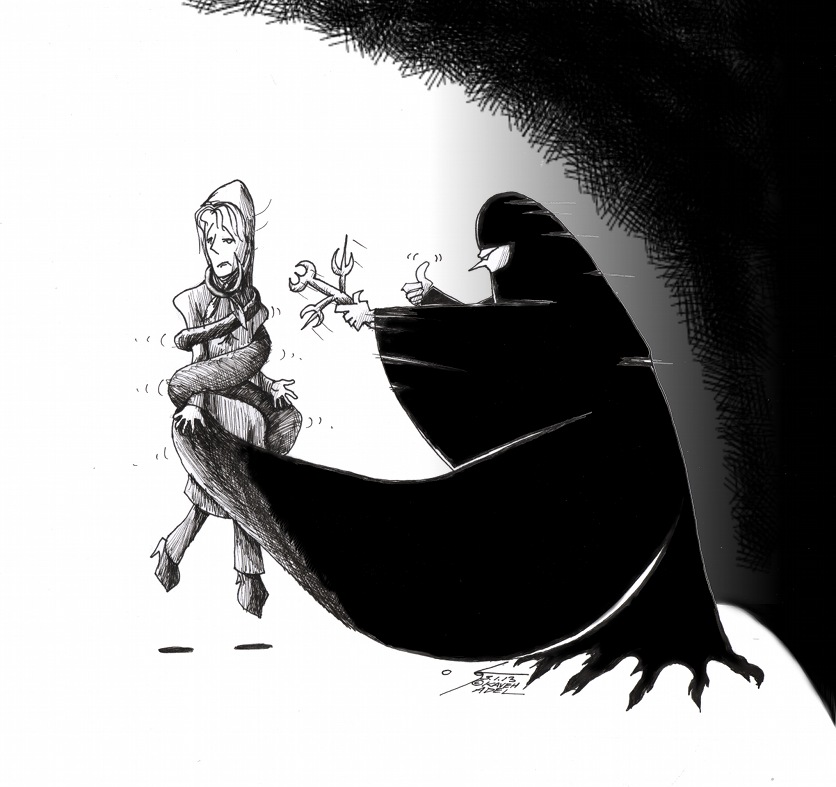 Recently the Morality police in Iran started handing out flowers to women who have kept the proper Hejab instead of resorting to violent crack downs as it had been customarily the norm in the past.

It is Ironic that mandatory Hejab is a crackdown on personal liberty and choice.

Just as parasitic weed disguised as flowers are NOT flowers.

The practice of Hejab is an exercise in modesty and a personal choice.

It is not meant to suck the life of people while rewarding them at the same time.