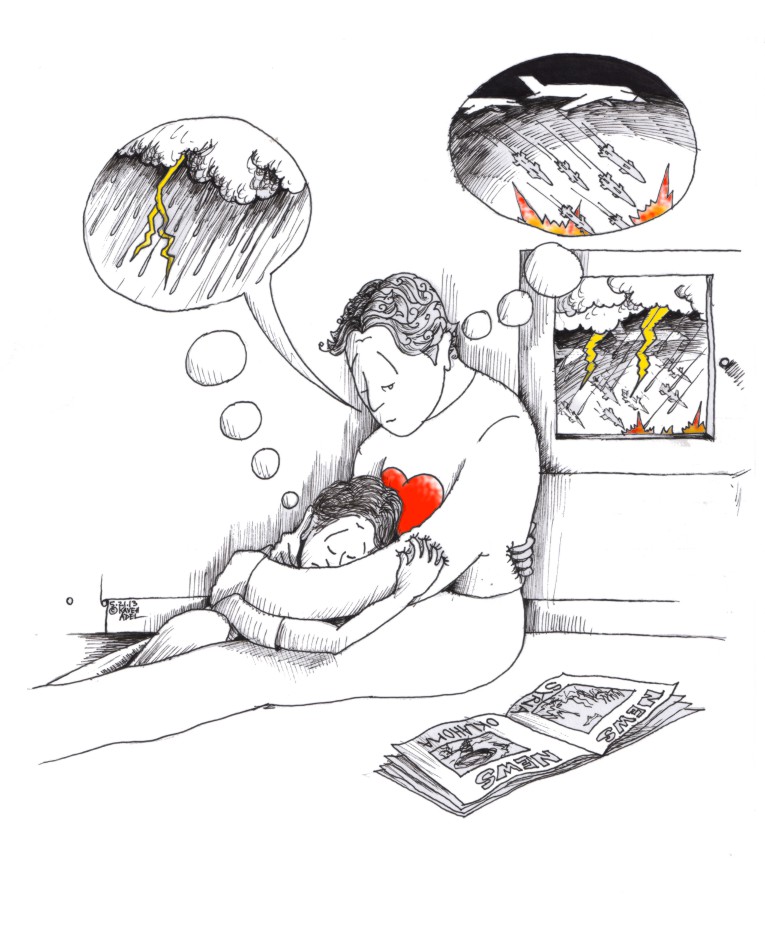 Oklahoma is in my heart and mind.

Last night as storms passed over my home my son was pacing back and forth in his room, stimming, as he was frantically awakened by the lightning and thunder.

Dazed, scared and confused his heart pounding, I held him and for a moment I was transferred back to 1985 in Tehran feeling my own heart pound out of my chest during the air raids. The sense of helplessness.

Thunder struck and as raindrops hit the window like ricocheting shrapnel from a bomb I was brought back. Holding my son,  jokingly, I told him that sky had “way” too much water…… He smiled and got my awful sense of humor.

His heart was calmer. Mine, not so much.