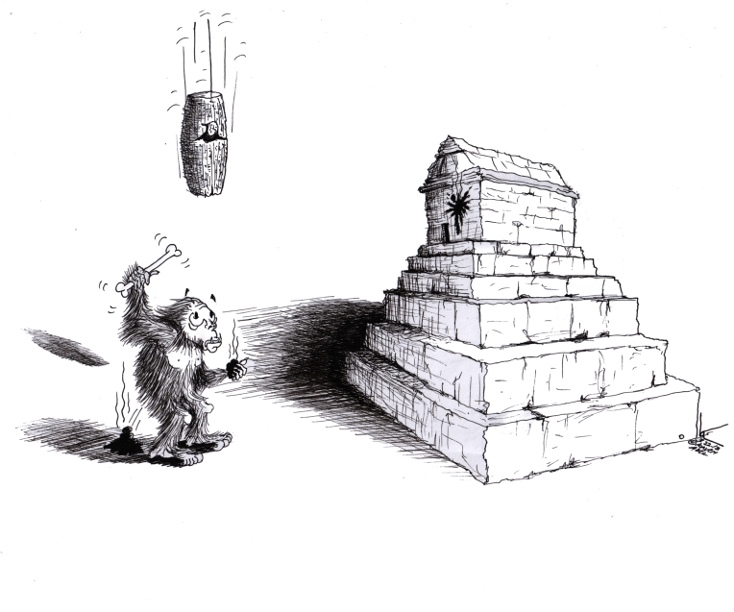 A few days ago Norouz (Persian/Iranian New Year) was celebrated in Iran. see the VIDEO

There was celebration, jubilation but there were also jeers and those who despise the idea of a monarch.

There was a hand made grenade thrown by someone at the monument leaving a black mark on its wall.

A brave young man went up, took his shirt off and began to wipe it off later.

I wondered what would Cyrus, the man who freed slaves in Babylon, whose first historically important declarations of human rights and religious tolerance are engraved on the infamous  Cyrus Cylinder (منشور کوروش) would say today? What would be his answer to an insult like this?

I was immediately reminded of the the film  2001: A Space Odyssey by Stanley Kubrick. Specifically the scene where the Hominids (ape-like humans) come in contact with the Monolith.

The rest I leave to your imagination.