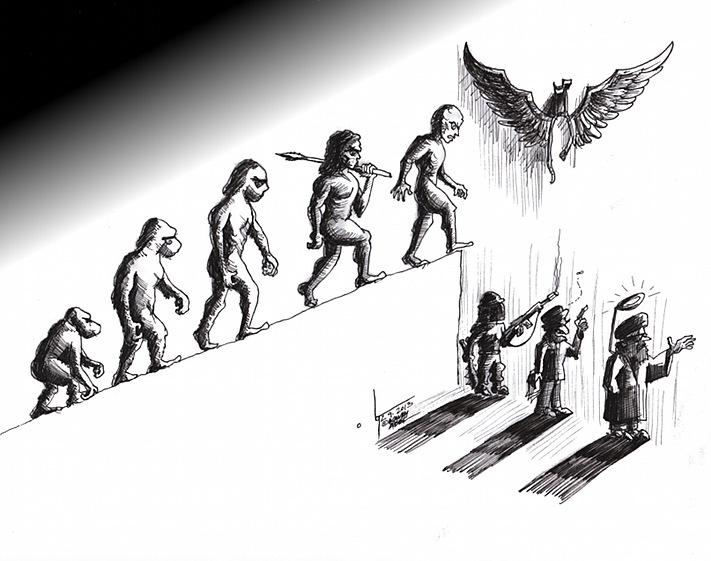 Evolution of humanity has hit a sudden halt.

Especially as it pertains to slaughter of human beings in today’s world, not just limited to the Middle East but in a systematic way in the Western world as well.

There is a choice to be made,

Devolution into becoming worse than animals or

A Revolution into Flying towards Evolution.