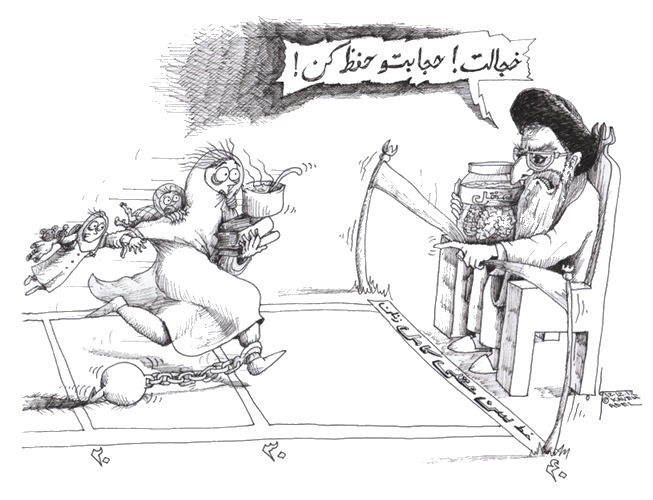 Iranian  women are super stars. But, apparently according to Mr. Ahmadinejad’s Advisor, Zahra Sajadi (a woman herself), their mental faculties are not mature until the age of 40. In essence, they should not be making any decisions unless they are allowed by their husbands of their fathers to do so!

I wonder how could so many women under the age of 40 in Iran and beyond attain highest education while raising families, working and carrying the load for their husbands/men while their “mental faculties” are not yet fully mature? And, all of this while at every step of the way they are beaten psychologically and physically to stay “proper” by Men in power.

Recently, even young girls who were burnt in a school recovering in hospital beds with third degree burns were scolded for not having proper “hejab” by Ahmad Khatami, senior member of the Assembly of Experts.  Whether that is factually true or not does not negate the extremes men in power with intact mental faculties have and would say or do to exert their dominance for years!

It’s time for a change.

It’s ironic and a shame that those who can not control their own naughty looks would yell “Shame! Keep your Hejab!”  Those gazes need serious treatment.

How could they See the Cartoon titled: “Iranian Age of Mental Maturity” by Iranian American Cartoonist Kaveh Adel on Facebook.