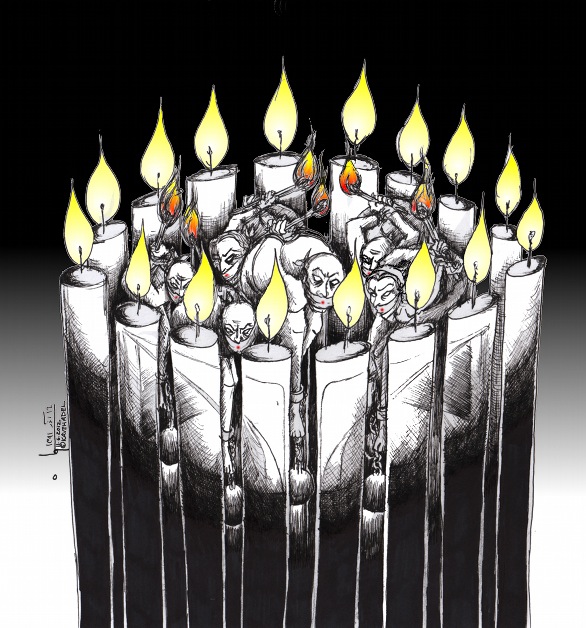 16th day of Azar , ۱۶ آذر, (December 6th) is called Students day (روز دانشجو) which is the anniversary of the  murder of three University students in Tehran by Military forces during the Pahlavi Era in 1953.  Sadly, such executions and killing still continue while the brilliant minds who have the ability to build a new Iran are still imprisoned, tortured and executed under the current Islamic regime.

The fire has never been more present in the eyes and hearts of those who care about liberty, freedom and tolerance .