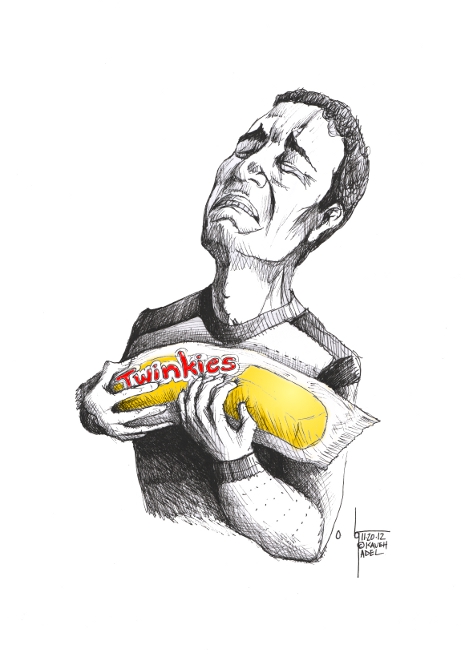 Gaza is burning. Young children like Ahmad are dying. Young fathers like Jihad Masharawi  and young mothers are mourning.

People in Israel are also feeling the death and destruction.

Most in America are, meanwhile, are in pain about Twinkies.  Or the next “reality” show occupying them with the daily meanderings of the “stars” or those made famous by the mere presence in them.

Freedom to choose is afforded to many who do not quite realize how sacred it is.

To freedom, justice,  respect and equality for ALL human beings regardless of geography, belief, race, creed or religion.