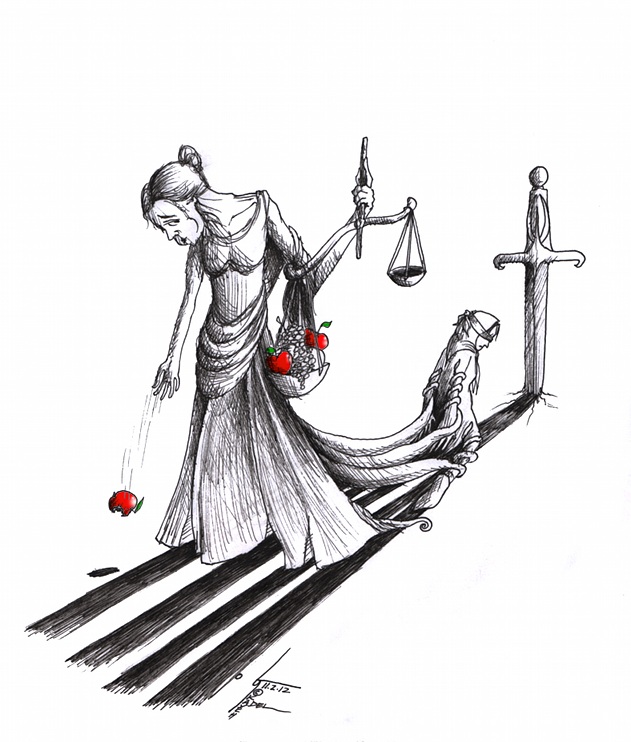 Her life is in imminent  danger.

Nine other female prisoners have gone on hunger strike since Sotoudeh began hers.

Where is the blind eye of justice?