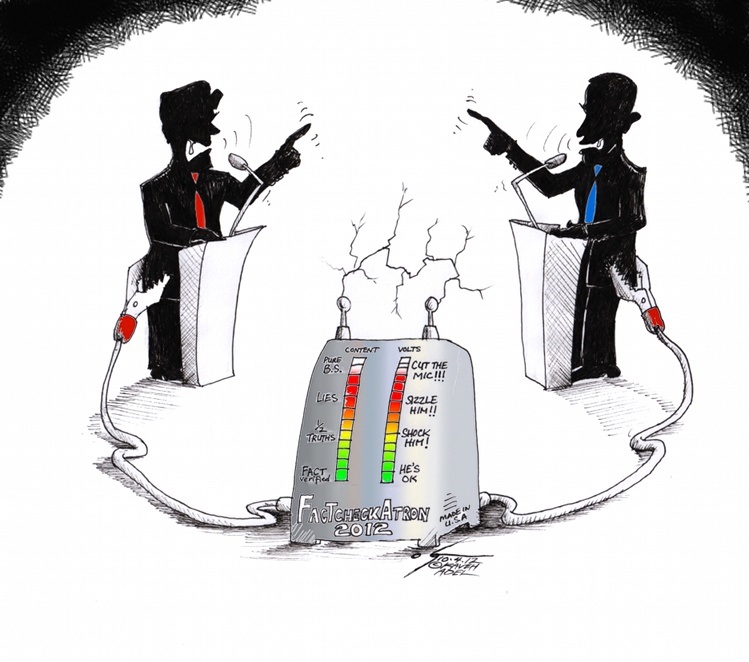 Now that the first Presidential debate of 2012 between President Obama and Former Governor Romney  is finished I felt that a lot of words and numbers were thrown around and I was immediately reminded of a line from my favorite Comedian Eddie Izzard (from Dressed to Kill), “All that people care about is the look,because there’s figures on this. 70% of what people react to is the look, you know, it’s how you look; and 20% is about how you sound; and only 10% is what you say.”

I wondered if the candidates were ever hooked up to a machine that instantly would check the validity of their statements and call the on it…… well, more like shock them on it.  It is a bit inquisition-style but again they have our ives in their hands and their feet should be held to the fire.

Or more accurately, hooked to FactCheckATron 2012.

It will be an interesting October in 2012 indeed.