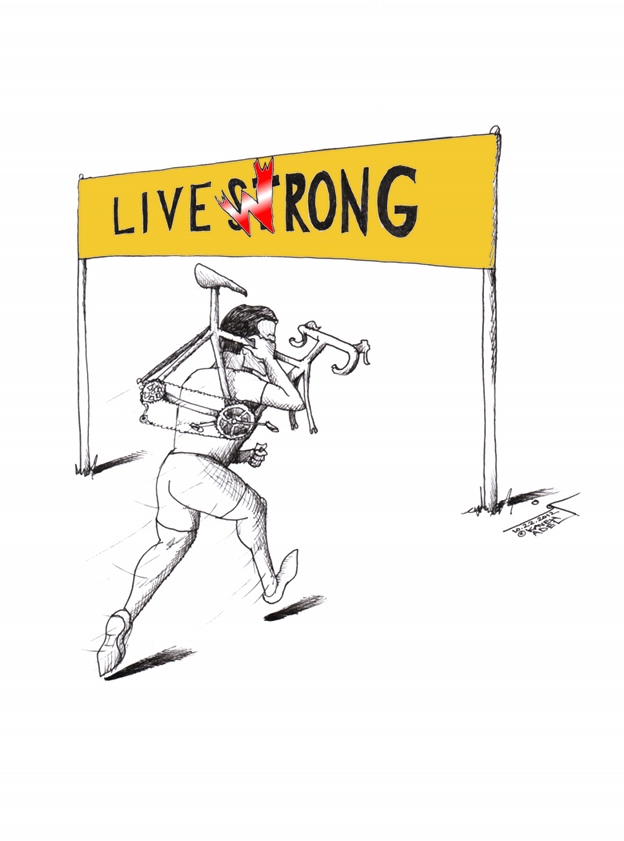 Not to take away from his battle with cancer, recovery and reaching the pinnacle of achievement in personal battle against a deadly disease, yet he will be remembered for his tarnished sand stripped sports awards.

Making Wrong choices has marred his credibility.  Until he proves otherwise, we will just need to look at him as a human being who beat cancer and he has to live with his choice.

The foundation LIVE STRONG should still be strong as it has helped millions of people.