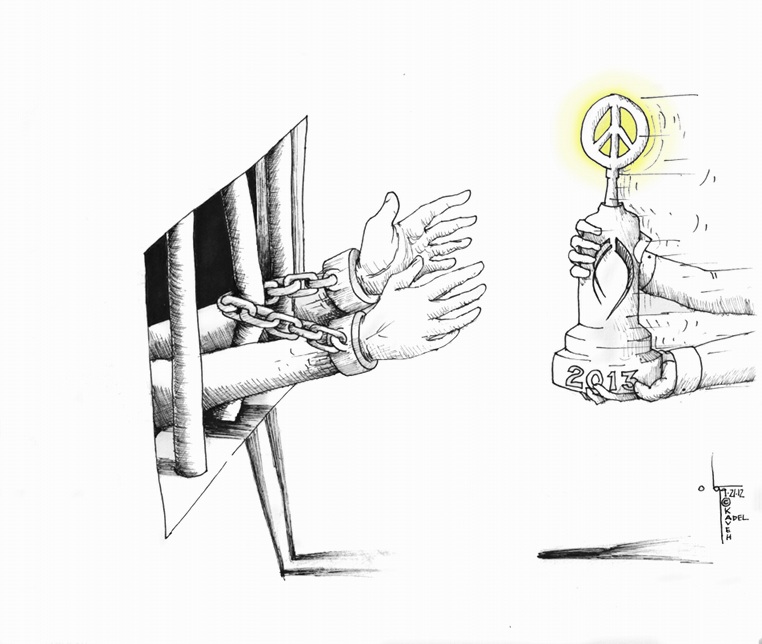 Majid Tavakoli, an imprisoned Iranian Student serving a nine-year-long imprisonment because of his criticism of the Iranian regime and his fight for democracy and human rights has been awarded the 2013 Student Peace Prize on UN-established International Day for Peace.