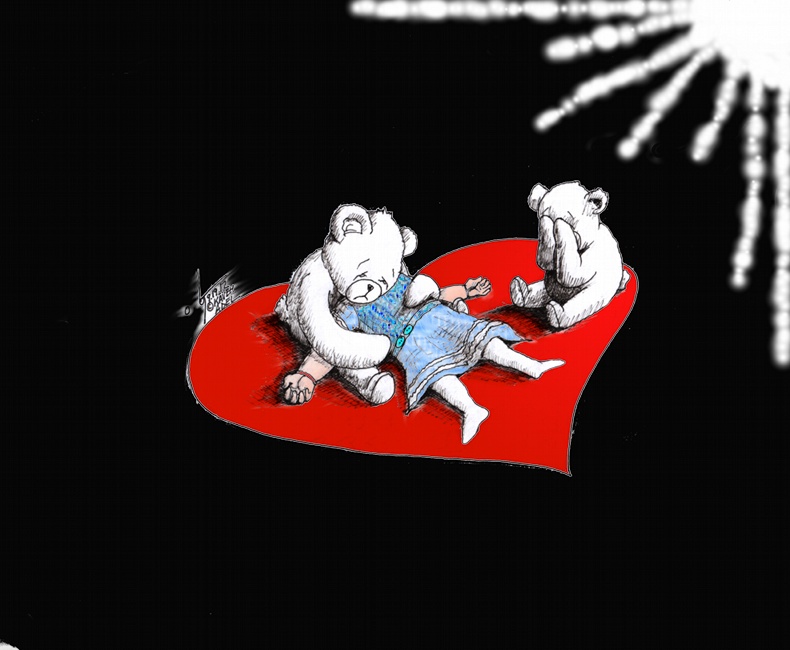 As “animals who call themselves human” point fingers, ridicule others, burn, kill in retaliation over images, insult others’ intelligence,

A Child and thousands more are lost to hatred and inhumanity of war.

She will never be held again.

Except in our hearts.

Maybe she deserved unconditional love from a stuffed toy.

Because “animals who call themselves human” seem to be incapable of love for another.

I have a very heavy heart today…… an innocent child, an innocent girl in Syria, is no more.