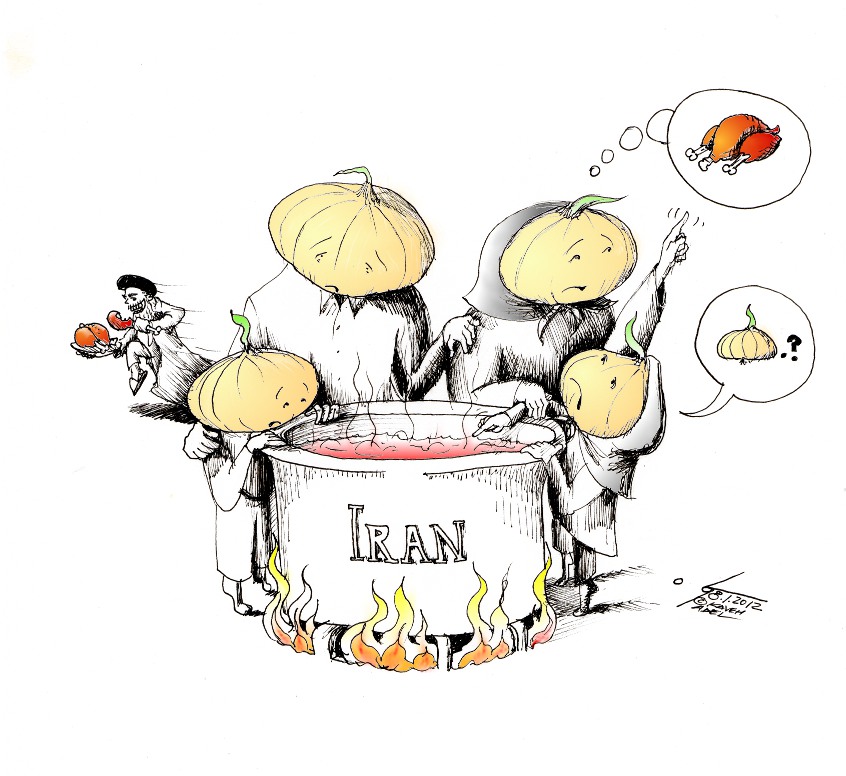 Due to economic pressures, Chicken prices have soared in Iran to the point where the “religious” leaders are telling people to eat soup made with Onions called “Eshkeneh” or in Persian اشكنه پياز.

The ruling regime has become so desperate that even one Molla has forbidden eating chicken calling it non-kosher! Yet, “they” eat chicken themselves.

I feel it for the Onions. They even have a boiling point.