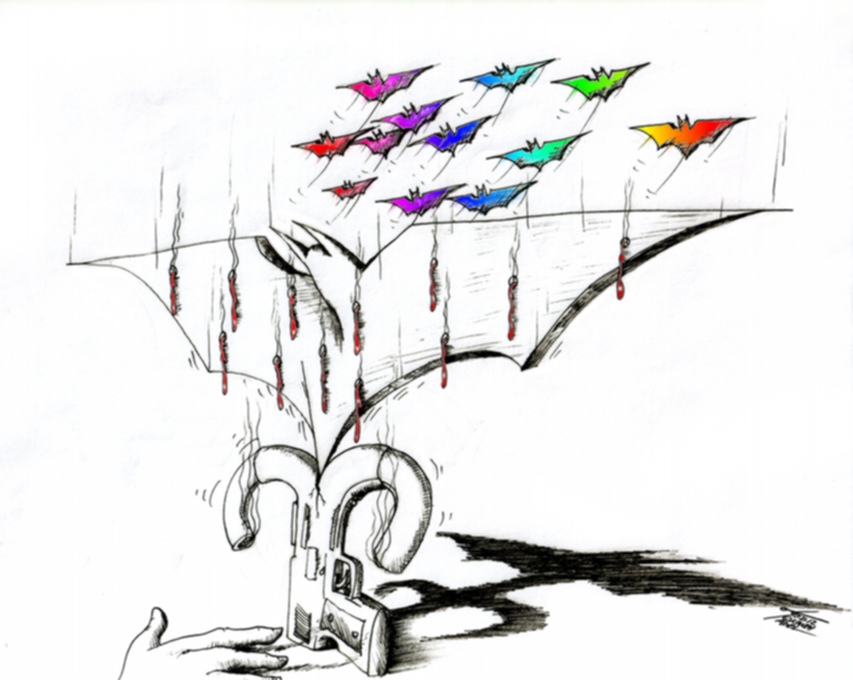 In memory  of the victims and survivors of Aurora, Colorado shooting at Batman, “Dark Knight Rises” film Premier, yesterday.

Batman, the persona, the character was meant to fight for those who are victimized.

For those whom the law fails to protect.

Those victims spirits will long for a day where there is no need for vigilante justice.

Until then we have to wait.

And have faith in fantasy…… of a Dark knight.

My heart truly goes out to the families of each and every one of the victims, the survivors and their families.

As an Artist I aim to draw about love and show my sympathy with those who have been wronged.  About a year ago another horrible incident happened in Norway and I was moved by the love people of Norway showed to deal with tragedies like this.  I feel for any human being affected by this.

To peace and love and humanity,

See the Cartoon titled: “Dark Night in Aurora” on Facebook.