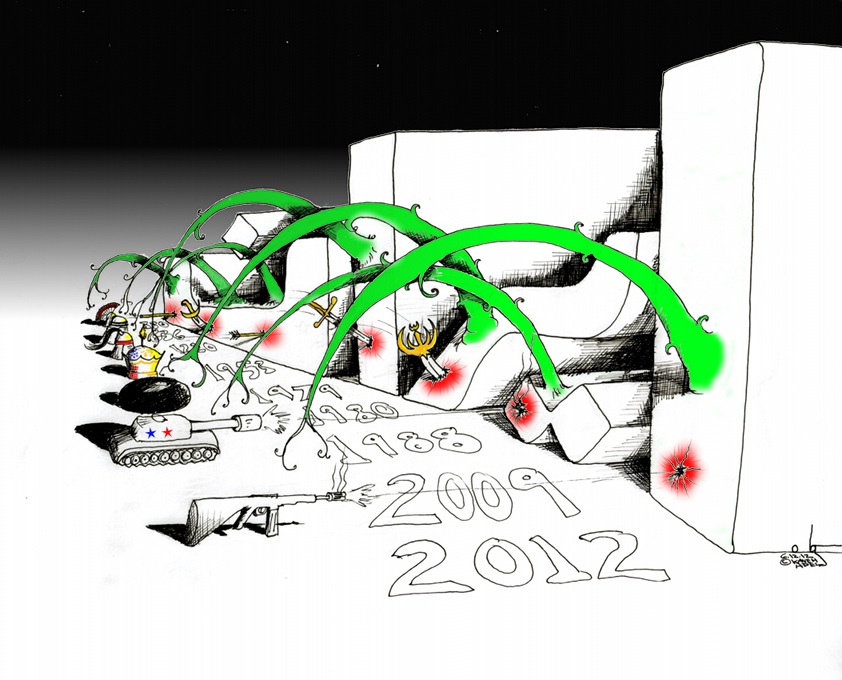 In the 3 year anniversary of the Stolen elections of 2009 in iran and the bloody uprising and the green movement, that was squashed with a heavy hand I am reminded of 3000 + years of history in Iran, many invasions (by Alexander, Genghis khan, the Arabs, The Russians, the Americans, Coup d’etats, Theocracies, Dictators and rule by others and only 30+ of rule by the Islamic republic is a blemish that will not withstand the resilience of Iranians.

See the Cartoon titled: “Iran the Resilient” on Facebook.