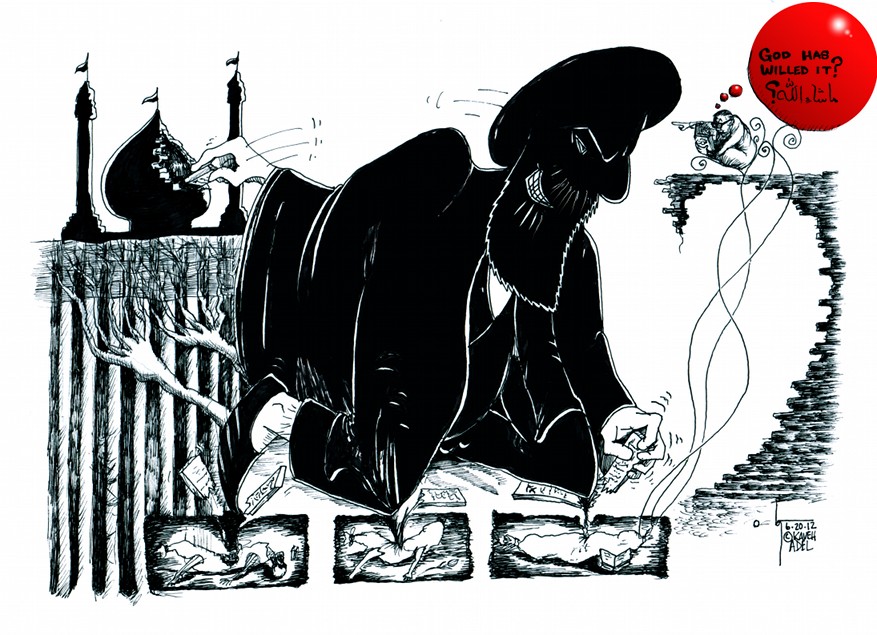 This hit home for me when I saw photos and heard the news about my great uncle’s resting place a few weeks ago.

He was a deeply devout man. He unconditionally gave to people and helped many.

My last contact with him was in France, on a train from Paris to Lyon, as he was seeking a visa to come to America for treatment of partial loss of his eye sight due to a careless act by an angry man whose rage had nothing to do with my great uncle. My uncle forgave him nor did he ever pursue legal action against that man. He said, in reflection, it was “God’s Will” and with “God’s will” all will be well.

He was never argumentative. Always listened and respected the others’ point of view. He never tried to change my mind about my agnosticism. Enriched spiritually from our discussion about God and afterlife in that 2 hour train ride, we arrived in Lyon where his chances of getting a visa were slim to none. As he walked to the embassy door I was pushed back by the guard. They only allowed him and his wife to enter. He looked back at me and said, “it is God’s will”

Fifteen minutes later he emerged with a visa. Faith or luck? No one will know. We parted as he went to America for a brief visit to seek treatment. We never saw each other again.

After he had found out that the treatment to correct his lost eye sight would be have no guarantee that it would be fully effective & costly, I found out that he took the funds that he had set aside for his treatment and continued to help people, making improvements to a building he had built with the helps of others for study, meditation and shelter for the needy near the Holy city of Qom, where he was buried.

Fast forward to a few weeks ago. That building along with his grave were leveled by bulldozers. His family was not allowed to see his grave site for 7 years after his passing because of his beliefs and the gathering of devout people that posed no threat to anyone if anything taught tolerance and following of the teachings that are highly regarded in line with the first Imam in Shia sect, Imam Ali–a revered Imam in the eyes of the Velayateh Faghih, suffice it to say.

I respect that but I will not accept it. So, I draw.

See the Cartoon titled: “God’s Will Desecration” on Facebook.