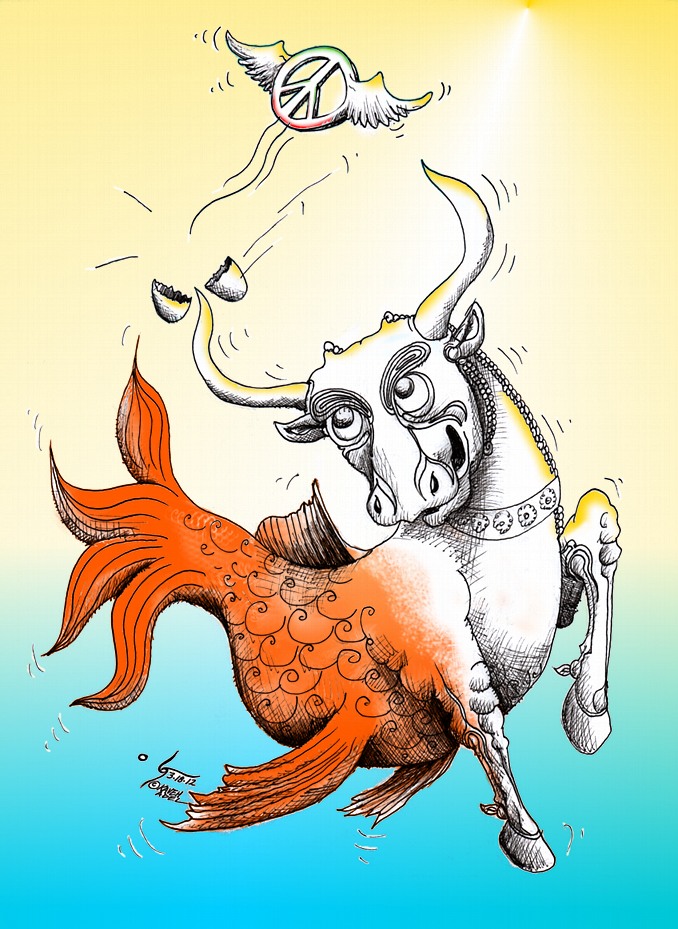 The Iranian new year (Nowrouz-عید نوروز) legend states that right before the Spring solstice (saat-e-tahvil-ساعت تحویل) a huge “Bullfish“ in the ocean of time carrying the world on one of its horns tosses the world over to the other horn, resulting in a tremor that will dislodge the egg and send it rolling to the side of the mirror on the haft seen spread.

Or, so I imagine!  The great thing about legends is that one can be imaginative and build a story around them to tell one’s children to keep them interested in an ancient ritual of  peaceful rebirth.

As a child I used to watch the egg incessantly so I would catch a glimpse of this mythologic phenomenon but I was always distracted and sadenned by the imprisoned gold fish in the water.

Today, I wish for a peaceful day.  A new beginning where no one is imprisoned, no one speaks of war and more importantly, we all stop and for once understand one another, even if it means figuratively.  It’s a great place to start.

This new year is the year 1391 and as we say in Farsi(Persian):  “Eideh Nowrouz-eh Shoma Mobarak!”  ‘ عید نوروزِ شما مبارک!’