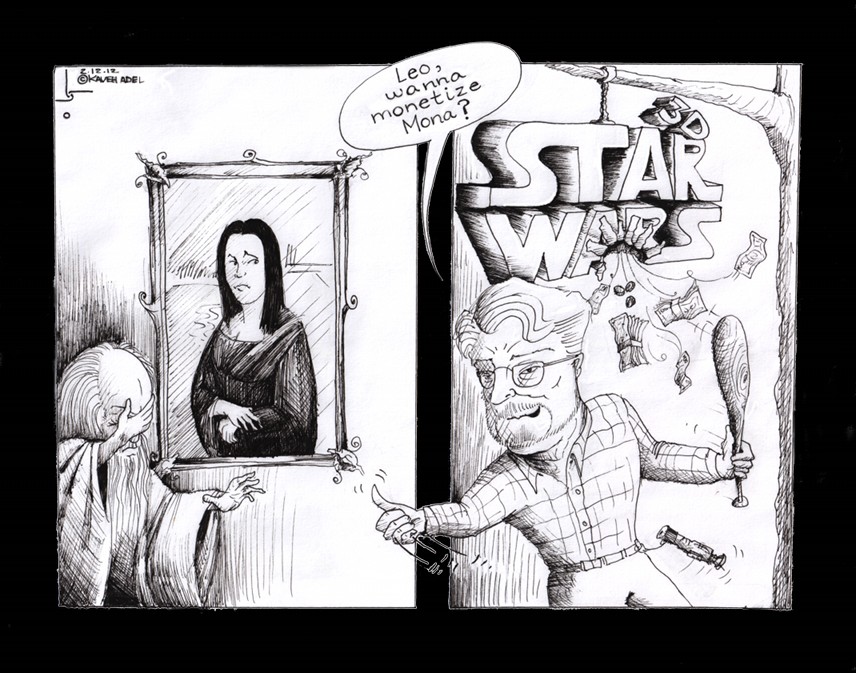 I am and have always been a fan of the Star Wars saga since I can remember .

In fact I have seen every film more than I can count!

I saw them when they were outlawed in Iran on Beta!!! (yes, I am that old!)

And, again when they were re-released….

Now they are re-released, again…… in 3D!

I have to hand it to George Lucas.  He knows how to beat every penny out of an already beaten and emptied Pinata!

He would have certainly Monetized Mona Lisa for Leonardo Da Vinci!