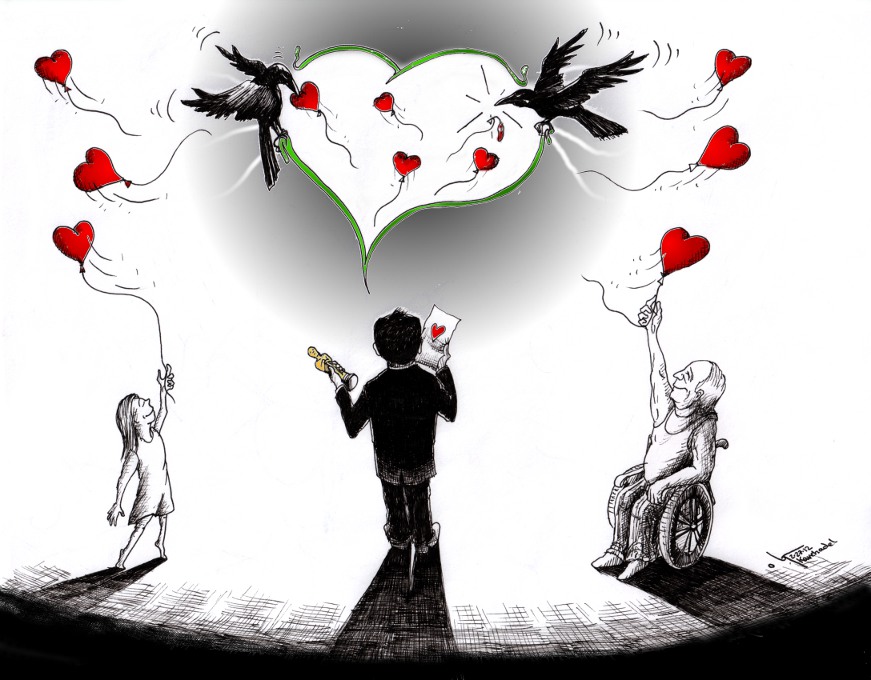 This is for a man who brought happiness to the hearts of millions with his words on Sunday February 6, 2012.

Yet, there are a handful of people who twist the words of a compassionate person and use them for their own benefit. They Separate the message from the truth.

But his words can never be twisted. Everyone who listened to it understood the truth intertwined in the layers of masterfully constructed sentences.

Asghar Farhadi, the Iranian Director/Producer and winner of the 2012 Oscar for best Foreign Film “A Separation” gave a brilliant acceptance speech.

He began in Farsi.  He said,

Then he proceeded to read from a piece of paper, he said,

“At this time, many Iranians all over the world are watching us and I imagine them to be very happy. They are happy not just because of an important award or a film or filmmaker, but because at the time when talk of war, intimidation and aggression is exchanged between politicians, the name of their country Iran is spoken here through her glorious culture. A rich and ancient culture that has been hidden under the heavy dust of politics. I proudly offer this award to the people of my country. A people who respect all cultures and civilizations and despise hostility and resentment.”