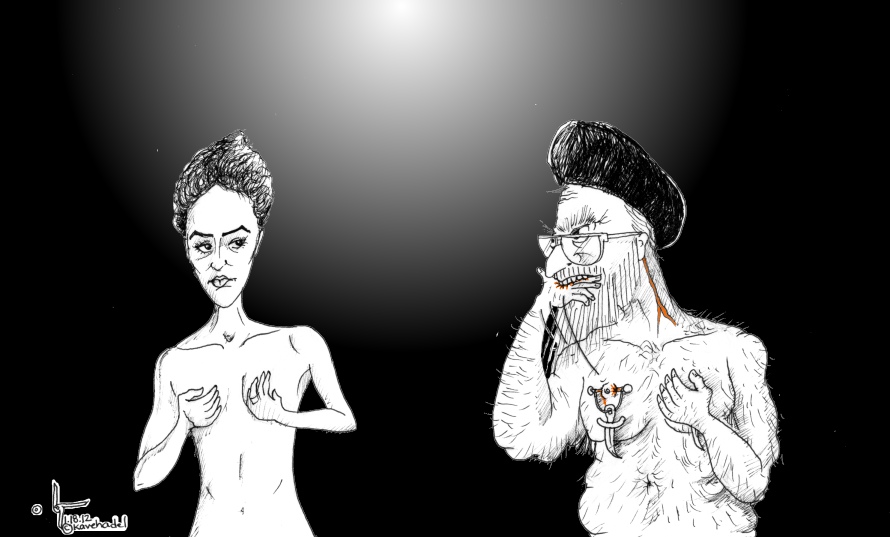 Golshifteh Farahani, Iranian actress as a part of a video and photo shoot for César 2012 – Révélations Corps et Âmes (“Bodies and Souls”) done by Jean-Baptiste Mondino at the Madame Le Figaro in France.

But the ancient stigma has no strength against freedom.

One Response to “Cartoon: “Golshifteh versus the Stigma” by Iranian American Cartoonist, Kaveh Adel”